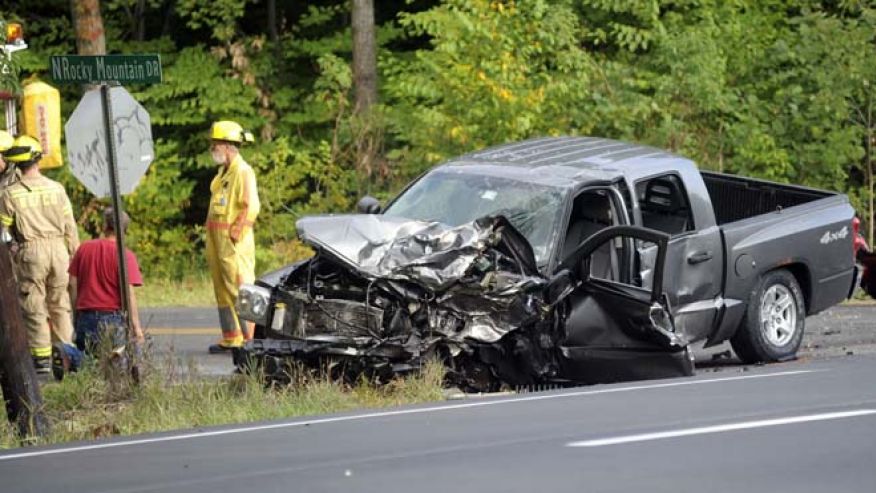 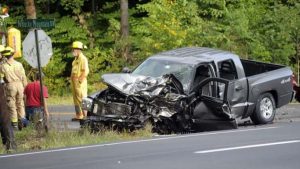 AP/Pocono Record, Keith R. Stevenson. Click on the photo to read the story.

Four children were killed in a terrible multi-vehicle crash in northeastern Pennsylvania on Saturday afternoon. The adults in the car were wearing a seatbelt but the children were not, according to authorities.

The driver of the car the children were in was killed as well. The passenger was injured. It was not yet known the relationship between the people in the car. The drivers of three other cars involved in the crash were injured as well.

The crash happened when the driver of the car with the children in it lost control trying to pass another vehicle. Authorities say the vehicle was traveling at a high rate of speed, and they believe speed is the cause of the crash. Get the latest on the story.

This tragedy could have been avoided by following some simple, yet essential rules of the road. It was reported that the driver was speeding and passed on a double yellow line. As we all know, that’s not where it is safe to pass. Speed was also a factor. It is important to follow the posted speed limits as well as the passing safety laws.

What is even more tragic is that the children were apparently not in car seats or seatbelts. According to the Centers for Disease Control and Prevention, motor vehicle injuries are a leading cause of death among children in the United States, but many of the deaths can be prevented.

A CDC study found that, in one year, more than 618,000 children ages 0-12 rode in vehicles without the use of a child safety seat or booster seat or a seat belt at least some of the time.  In 2011, 33% of kids killed in a crash were not buckled up.

Learn more about car safety for kids and find out the guidelines for kids by age, weight and height.

It’s important to know how best to protect children while riding in a car. Use car seats, booster seats, seatbelts or whatever else is required to keep children in your vehicle safe. When a child is in your car, it is your responsibility to keep them safe.

To learn more about traffic safety, follow our blog. If you have any questions, contact us at (239) 332-3000 or toll free at 888-428-8943, email us at gethelp@injuryinfo.org. You can learn more on our website at injuryinfo.org and see some of our case results.