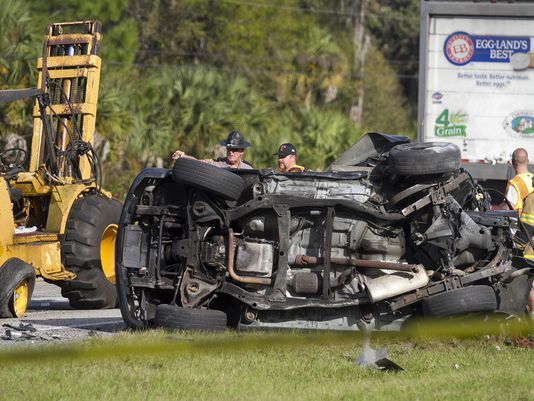 The Florida Highway Patrol is investigating two fatal crashes that happened Saturday in Lee County. A 19-year-old was killed in an afternoon crash in Alva and a motorcyclist was killed in a hit-and-run crash a few hours later in Bonita Springs. 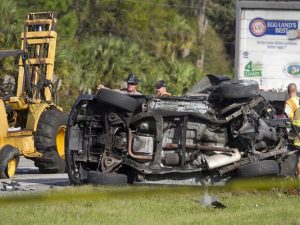 Sari Alfadil, 19, was helping a family member move a forklift about 2:30 p.m. Saturday on State Road 80 near Bateman Road. Alfadil was driving his Chevrolet Blazer behind the forklift. A semi came upon the slower moving vehicles and struck the Blazer, causing it to overturn, according to the Florida Highway Patrol.

A witness told news-press.com that the vehicles were moving slowly and had caution lights on but they were dim. The Florida Highway Patrol is still investigating the crash. Read more. 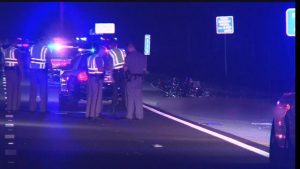 The Florida Highway Patrol is also investigating a fatal crash that took place a few hours later. A motorcyclist was killed in a hit-and-run accident on I-75 about a mile south of Bonita Beach Road.

Robert Colantonio was riding his motorcycle on I-75 when a vehicle hit him from behind as it changed lanes. The vehicle then fled the scene. The FHP is asking the public to call (239) 938-1800 if they have any information on the crash. Read more.