Deadly crashes take place in Southwest Florida over the weekend 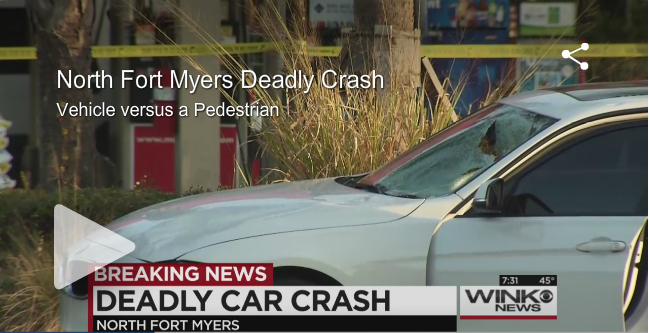 It was another dangerous and deadly weekend on Southwest Florida roadways. Three people were killed and several others injured in multiple crashes.

Two deadly crashes took place on Saturday. The first happened at about 6 a.m. when a man was killed in south Fort Myers after his truck left the road and crashed into a canal. The crash happened on Summerlin Road near Kelly Cove Drive. The driver, Terry Dewyre of Midland, Michigan, was pronounced dead at the hospital. Florida Highway Patrol troopers say the crash may be due to medical reasons. Read more. 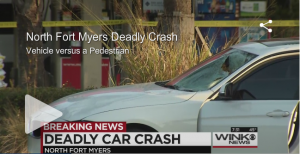 Less than an hour later, a pedestrian was killed in North Fort Myers. A man was crossing Pine Island Road near Woodward Avenue when he was struck by a car. Read more.

Yet another crash on Pine Island Road on Saturday sent five people to the hospital. The crash happened about 10:30 a.m. at NE 24th Avenue. A vehicle pulled out in front of another vehicle and was struck in the passenger side and flipped over. The two vehicles struck another vehicle stopped on 24th Avenue. Read more.

On Sunday, a LaBelle man was killed when the truck he was riding in left the road and overturned several times. The driver of the 2000 Ford F150 lost control on Helms Road near Camel Drive at about 2:15 a.m., according to news-press.com. The passenger was thrown from the vehicle. The crash was alcohol-related. Read more.