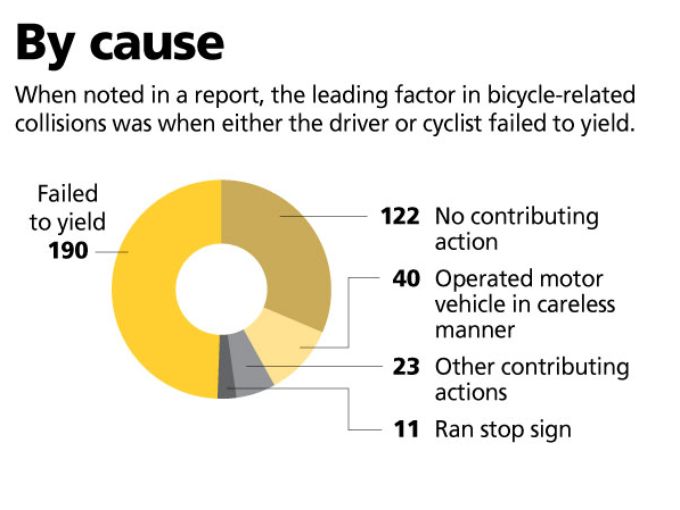 A 14-year-old cyclist suffered life-threatening injuries after being hit by a pickup Saturday afternoon in Cape Coral.

The crash happened about 3 p.m. in the 900 block of Santa Barbara Boulevard South. The cyclist rode in front of the path of the pickup, according to witnesses. Read more.

Another cyclist was hit over the weekend and the driver of the vehicle took off. The cyclist suffered minor injuries. The 54-year-old Naples man was riding on Thomasson Drive at Lombardy Lane about 9:30 p.m. Saturday. A vehicle struck the back of his bike and then left the scene. Read more.

There were 12 cyclists killed in crashes last year in Southwest Florida. There were 120 people killed statewide while riding bicycles. Florida is often at the top of the list for bicycle-related accidents and deaths. 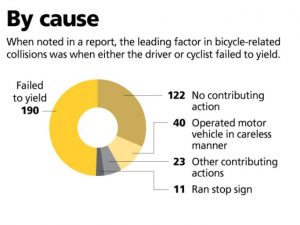 Recently, news-press.com provided an in-depth report on fatal bicycle crashes in Southwest Florida. In the special report, Paths of Peril, the reporters examined nearly 1,400 crashes involving cyclists in Lee and Collier counties. Here were some of their findings:

Florida bike crashes: 7 things that may shock you.

At Bernardo Injury Law, we have dealt with many cases involving bicyclists. If we can help you, contact us at (239) 332-3000 or toll free at 888-428-8943, email us at gethelp@injuryinfo.org. You can learn more bicycle accidents on our website at injuryinfo.org.