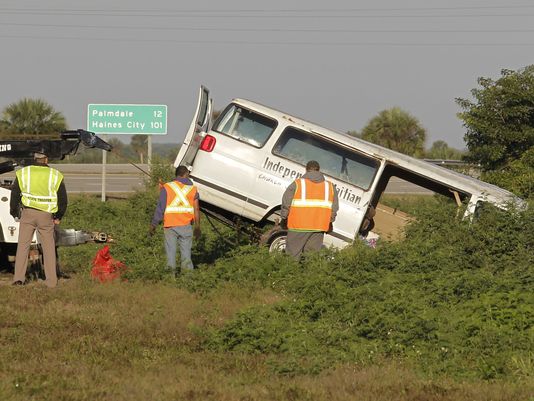 The NTSB (National Transportation and Safety Board) is investigating a crash that killed 8 people in Southwest Florida earlier this week. 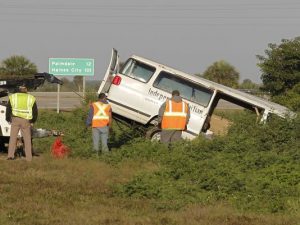 The group had left Fort Myers in a 15-passenger white Dodge Ram Wagon B3500 Maxi that crashed near Moore Haven. They were members of the Fort Pierce Independent Haitian Assembly of God, who’d celebrated Palm Sunday at a Lee County sister church, Eglise De Dieu La Jerusalem Celeste. Five men, including the driver, and three women were killed.

Headed home on S.R. 78, the driver missed a stop sign at an unlit T-intersection, careened across four lanes of U.S. 27 and nosedived into the shallow water, according to news-press.com. Read more about the crash.

The NTSB is investigating the crash. NTSB officials investigate less than 1% of the more than 12 million crashes that take place each year. Why are they investigating this one? According to news-press.com, what triggered the investigation was the high number of deaths in a 15-passenger van. Such vehicles have been on the agency’s radar. In 2006, the NTSB issued a safety alert about them, warning of their instability when fully loaded, their tendency to roll over and difficulty for a driver to control in emergencies.

In addition, the vehicles are not generally driven or maintained as commercial or family vehicles are, the vans’ tires have a tendency to deteriorate. Read the NTSB alert on the vans.

Read more about the investigation.