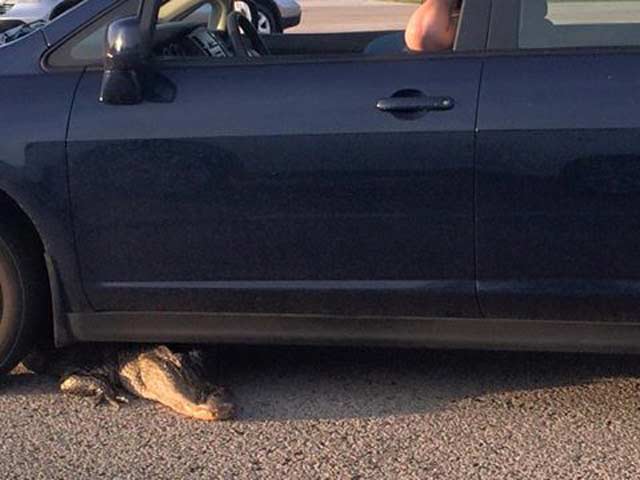 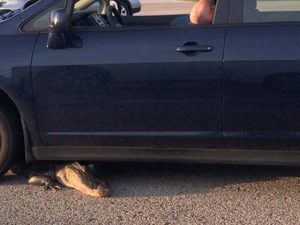 An alligator got stuck under a small car on U.S. 41 at Gladiolus Drive a few days ago, stopping traffic and prompting many to pull over to watch the gator get captured by trappers.

In Southwest Florida, you have to not only watch out for other drivers and the usual raccoons and opossums but also for the alligators. That’s a problem for Fort Myers, Cape Coral, Bonita Springs and other parts of Southwest Florida, especially during mating season. Read more.

This just goes to show you that you have to be prepared for all types of obstacles and hazards when driving the Southwest Florida roadways.

Critters do pose a threat to drivers. There is the danger of hitting the animal and causing major damage to the vehicle and possibly injuring the driver and passengers (and the animal). But, there is also danger in swerving to miss an animal. You could hit another vehicle. 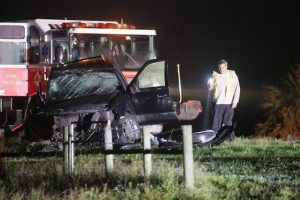 Several months ago we told you about a freak accident where a vehicle hit a 432-pound Florida black bear. Three men who stopped to help the driver who hit the bear were killed when they were hit by another vehicle.

Approximately 200 motorists die in the United States each year from car-wildlife collisions. An animal is hit by a vehicle about every 39 minutes.

How do you avoid hitting wildlife? Do you swerve and risk collision with another vehicle? We’re not going to tell you what you should do. That is up to you and the driving conditions. We will, however, provide you with some tips to help avoid the situation: