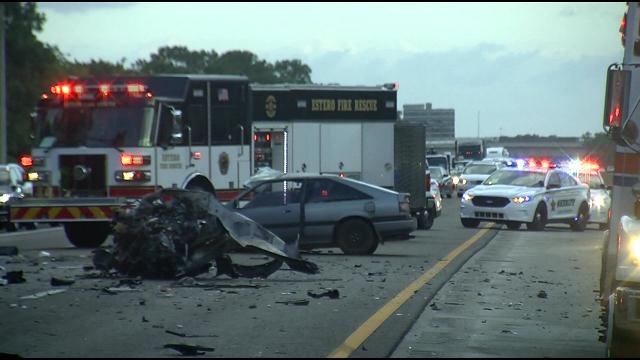 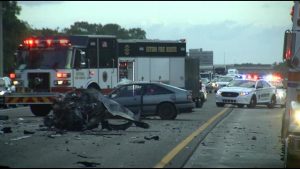 Estero Police released the name of the driver held responsible for the wrong-way crash on I-75 last Thursday, June 18.

Crystal Sanchez, 26, is responsible for sending three people to the hospital after going the wrong way in the northbound lanes of I-75 near the Alico Road exit. The crash shut down the highway for several hours after the incident.

Victim Emily Sladicka, a Florida Gulf Coast University student, was headed to see her boyfriend when Sanchez slammed into her car, and then another car behind her. The force of the collision nearly ripped Emily’s car in half. Witnesses of the crash claim Sanchez was “out of it.” Deputies are currently awaiting toxicology tests to determine in Sanchez was impaired during the incident.

Wrong-way crashes are on the rise in many states. According to the National Transportation Safety Board, there are roughly 260 wrong-way crashes per year in the country with about 360 fatalities. The Florida Highway Patrol informs us there were 20 previous wrong-way crashes in our region between 2011 and 2014, four of which were fatal.

Crashes can have a horrible impact on many people, both physically and mentally. Not only are the victims involved, but family members and witnesses are largely affected by these traumatic experiences as well. Oftentimes, it is difficult to determine who is at fault after a serious crash. If you need help addressing your questions after a crash, you can contact us at (239) 332-3000 or toll free at 888-428-8943, or email us at gethelp@injuryinfo.org. You can also visit the Bernardo Injury Law website at injuryinfo.org for more information.